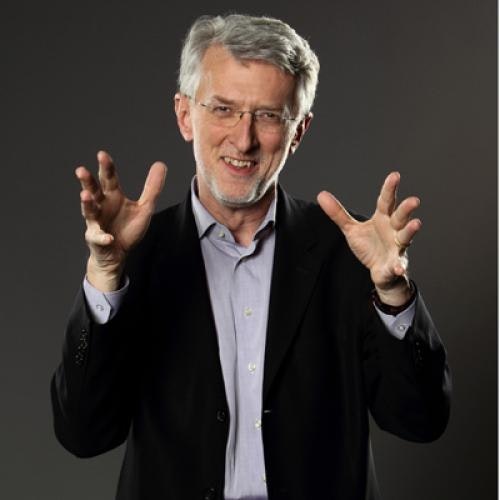 
A must-read for anyone interested in the issue of connectivity versus privacy. What are the benefits and dangers of living a life in which everything is shared? Jarvis explores these questions and more in his immensely readable, chatty style No one knows what's going to happen next. But people like Jarvis are having fun making sense of these confusing early years.

Forced to introduce at least some contention into the book, he has to venture very far from his main themes, opining on the Arab Spring, the fall of the Soviet Union, and the future of the car industry. Instead of familiarizing himself with the work of leading contemporary critics of the unthinking celebration of privacy—scholars such as Amitai Etzioni, Richard A.

Posner, Richard Wasserstrom, and others—Jarvis prefers to arrive at many of their conclusions on his own, losing much intellectual sophistication along the way, not least by failing to address any of the counterarguments that have been raised in response to their work. It would be hard to exaggerate the intellectual laziness of this book.

When he is not re-phrasing the obvious, Jarvis churns out ideas that he believes to be fresh and brilliant but turn out to be stale and boring and old. Take his perverse fixation on Germany. What if Germans simply do not want to be tyrannized by an American company?

Public Parts: How is the web society changing our Private and Public Life

What if they do not want a company—any company—to make money by turning their dwellings into commodities? What if they fear cyber-crime, and worry that Google may accidentally record and release their WiFi passwords, as its cars cruise their neighborhoods? A similar confusion mars his treatment of Finland. The latter practice puzzles him, and he attributes it to local norms and culture, emphasizing that the culture he lives in does not approve of such norms.


Back in , Margaret Mead posited that Samoans lacked a sense of privacy—a finding that was heavily criticized by later scholars, who faulted Mead for not being able to understand the ways in which Samoans honor the concept. You do not have to be a privacy reductionist or a cultural relativist to note that what people are prepared to share is a function of their social and political arrangements, and of the ideologies that those arrangements generate.

The existence of such differences does not mean that there are cultures where respect for privacy does not exist. It means only that one needs extensive background knowledge to recognize its precise manifestation in a culture. But Jarvis the cultural anthropologist prefers to act like some naughty American freshman on his first trip abroad.

Everything is so weird! These people are naked in the sauna! The ultimate point of all this playfulness remains unclear, as even Jarvis acknowledges the cultural dependency of both privacy and publicness. In the end all Jarvis can produce is a bizarre concern that Berlin looks too blurry on Google Maps.

And as long as Jeff Jarvis can get away with not disclosing his income, it seems sensible to embrace pluralism and let Germans and Finns do as they please. Why he feels the urge to opine on these matters remains a puzzle, for this detour out of his depth does nothing to help him champion publicness or defeat privacy. Perhaps Jarvis wanted to assure the critic Ron Rosenbaum—who once challenged him to prove that he had read Hannah Arendt—of his intellectual credentials. It is a big thesis, but Jarvis is too impatient to treat it with the intellectual care that it deserves. As with his treatment of privacy, he is mostly indifferent to the existing literature, scholarly and philosophical, on the subject.

The Dewey-Lippmann debate, which broached many of these issues almost a century ago, goes completely unmentioned. All we get are some glimpses of Habermas. Less than glimpses, actually: Jarvis seems to believe that multiple publics appeared only with the emergence of the Habermasian public sphere of the coffeehouses and salons of the eighteenth century, even though Habermas was making exactly the opposite point—that the emergence of the public sphere allowed numerous publics to come together, leave their particular interests behind, and debate on common terms about their shared interests.

Can people participate in the Habermasian public sphere and still preserve their privacy? Of course they can—as long as they transcend their social or group particularities when they are in it.

Comically, he ends up accusing the great German thinker of being a smug elitist. This is how Sarah Palin would read Habermas if she could read Habermas. Because they are geeks? Anyone who believes this is under the spell of geek religion. Both Arendt and Sennett were lamenting the blurring of the lines between the public and the private, but Jarvis wants to blur the lines even further. Habermas appears next to German sausages and Oprah and botox and hair extensions.

Public Parts: How Sharing in the Digital Age Improves the Way We Work and Live

It gets still worse. Jarvis contradicts himself every ten pages or so. As if to live up to the old joke about an expert being someone who knows more and more about less and less until eventually he knows everything about nothing, Jarvis casts his eye over a gazillion different industries—from cars to airlines and from retail stores to public institutions—but rarely ventures beyond the most obvious analysis anywhere he looks.

Public Parts: How Sharing in the Digital Age Improves the Way We Work and Live - 21/64

It needs protection and respect from all of us. Mark Zuckerberg. The Benefits of Publicness. A History of the Private and the Public. The Public Press. What Is Privacy? How Public Are We? The Sharing Industry. The Radically Public Company.

The Public You. The Ages of Publicness. Public Choices.